First, You Make A Roux

From listening to anyone who loves to cook, it is clear that we all hold a special place in our hearts for the people who helped us learn to love good food.  Who brought us to the trough and encouraged us to drink.  They lovingly repeated simple cooking principles over and over again until we find them emblazoned on our hearts, and we think of them each time we imitate their advice.  These mentors might have encapsulated a movement with the words Bon Appetit! or just told us how to get the eggs shells out of the bowl by scooping it out with the shell itself.

My first mentor was my mom.  She is a great cook, which I didn’t know, of course, for years.  My first clue was in third grade, when I went to a friend’s house for dinner and they served a plain pork chop with green beans and white rice. I had never had plain white rice before.  Ever.  I had had rice pilaf, wild rice, or jasmine rice with egg foo young sauce poured over it.  And I had never had a plain pork chop.  It always had a cream of mushroom sauce or gravy or herb seasoning.  And I had also never had plain green beans.  Buttered, salted, and peppered green beans, yes.  Plain, no.  As I was eating it my little third grade brain was, well, surprised.  Didn’t they know they didn’t have to eat something so boring? So flavor-less?  It was a revelation for an otherwise well-fed but unaware palate. (I did remember my manners, of course, and wouldn’t have dreamed of saying this out loud).

Other clues that our family ate differently were my brother’s friends who constantly ate over.  The comments at the checkout line about what was being purchased.  Also, my adoration of smoked oysters. As we all grew up and imbibed, bringing college friends home late night, our house would inevitably be the after-party.  Our friends recount their amazement that when they showed up, usually my mom’s comment was something like, “do you want some quiche or French onion soup?”

Many years of good eating later, I am married with three children and a binder full of her recipes, feverishly written over the phone, with barbeque sauce and Worchester sauce and melted butter on their pages.  The binder started when I lived eight hours away, with a traveling husband and a Wegman’s in my backyard, literally. (God Bless Wegman’s. I miss you so.) I had time on my hands and access to great ingredients.  And I would literally crave my mom’s dishes, as in “I wonder how to make her baked zucchini with lemon sour cream?” or “Gosh I feel like my mom’s ribs right now.” The cravings were specific and immediate, and I started to realize the impact her cooking had on me.   I suppose my transition to becoming a cook was simply that, without her, I had to learn to cook in order to continue eating at the level I was accustomed.

It wasn’t until I had children that I realized all of the dinners, night after night, with all those pots and pans were a lot of work. And that they were worth it.  I should mention that we had eight children in our family. (Like I said, a lot of work).  While other families had dinner at 6:00 every night, we ate a bit later sometimes.  But our carrots always had fresh chopped parsley and butter on them. And I thought every family slow roasted their sauerkraut and baked beans when they had a simple hot dog dinner.  The late dinners became a family joke as we grew up, and invariably my mom dismissed the ridicule by claiming sophistication.  “That is how they eat in Europe,” she would say matter-of-factly.  Sometimes she got specific: “That’s how they eat in Spain you know.  They eat late, like at 9 or 10.”   Now that I am a mother and I prefer to eat well, I realize that she just put good food ahead of, well, bedtime, on the priority list.  In the long run, is that such a bad thing?

Looking back, I can see she was always teaching us to cook.  Every time she would start a cream sauce or a cream soup, she would declare, to anyone in earshot, “First, you make a roux” in a French accent, heavy on rolling the ‘r’ on roux.  My eyes would roll like all children’s do when their parents are extolling anything.  She would go on to lecture that anytime you wanted a delicious creamy anything, you started with equal parts flour and melted butter, and you whisked them together before adding warm milk.  She also hammered into me, “Read the recipe first. Always read the whole recipe first.” God Bless her.  I remember her remarking whenever I dipped my bread into salad dressing, “oh, that is so French, so simple and so delicious!” (What? I would think, I am just eating good stuff.).  Another favorite was, “It takes 5 generations to make a great cook,” and the certainty in her voice let us know that we were expected to take our place in line, even if we only knew generations 1 and 2.

Her Francophile ways were a combination of spending a year there as a student with her best friend (who is still her best friend and also a great cook) and, no doubt, the advent of Julia Child. Mastering the Art of French Cooking and The Joy of Cooking were the only two cookbooks I remember her using.  And she used them all the time, not just for special occasions.  Julia’s Tomatoes Provencal might show up on any given Tuesday.  She must have watched the PBS program, for though I have no memory of my mother ever watching TV, I vividly recall my best friend and myself playing Julia Child in the sandbox with the white concrete garden bench as our stove.  Clearly, some seeds were sown.

Now when I am cooking, I smile whenever I am starting a cream soup or pot pie or creamed vegetables.  What a gift she gave, and what a repertoire!   And when people taste it and say, “Oh my gosh, you made this?” I think back to the plain rice dinner invitation.  Didn’t everyone grow up eating delicious food? I think to myself.  And the startling realization, like when you meet a family that grew up without running water or without a car, slowly grows over me.  No, they didn’t.  Apparently, they ate plain rice. We might have been waiting around for it, but we ate asparagus with hollandaise, and beef with cream sauce or sautéed mushrooms, and bacon wrapped pork tenderloin.  And thank God.

I don’t know if my kids will know the gift I am giving them when I make them homemade chicken fingers or cream of broccoli soup from scratch. But I do know that they usually aren’t paying enough attention to me if I told them.  From time to time, I find myself, whisk in hand, saying, “first, you make a roux” to no one in particular.

Food memories
The Drunken Half Cow 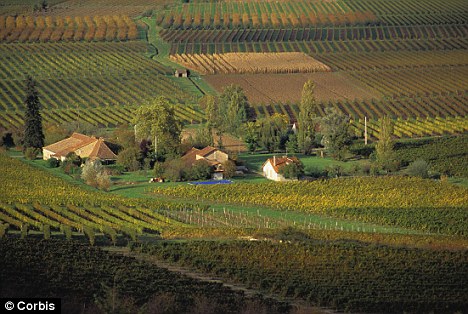